I went on a sewing retreat last weekend. What is that you say? It was with the American Sewing Guild Virginia Chapter. Twice a year a group of ladies book hotel rooms and get to use the ballroom for setting up a group sewing area. We had two breakfast buffets and two dinner buffets included with the retreat cost. We stayed at a historic hotel,The George Washington Hotel  in downtown Winchester VA. It was marvelous to be able to sew for hours on end. I started sewing by 9:30 am on Friday and didn't stop until 9:30 pm my first day. I got two pillows made and some repair work on a pair of pants. I decided that I wanted to make a purse that I saw on the Indigo Junction website.  permission purse.  I cut out 17 squares and used my machines Janome 8900 to decorate the squares. I stitched out all sorts of combinations. I used a variety of decorative threads I had on hand and used a top-stitching needle for most of my work. Here is how it turned out. (I bought the handles because I had a 50% off coupon for Hancock Fabrics. )
Day two and three I worked on a labor intensive purse with all kinds of decorative stitching. I used the Indygo Junction pattern for the inspiration.The pattern is called the Permission Purse. 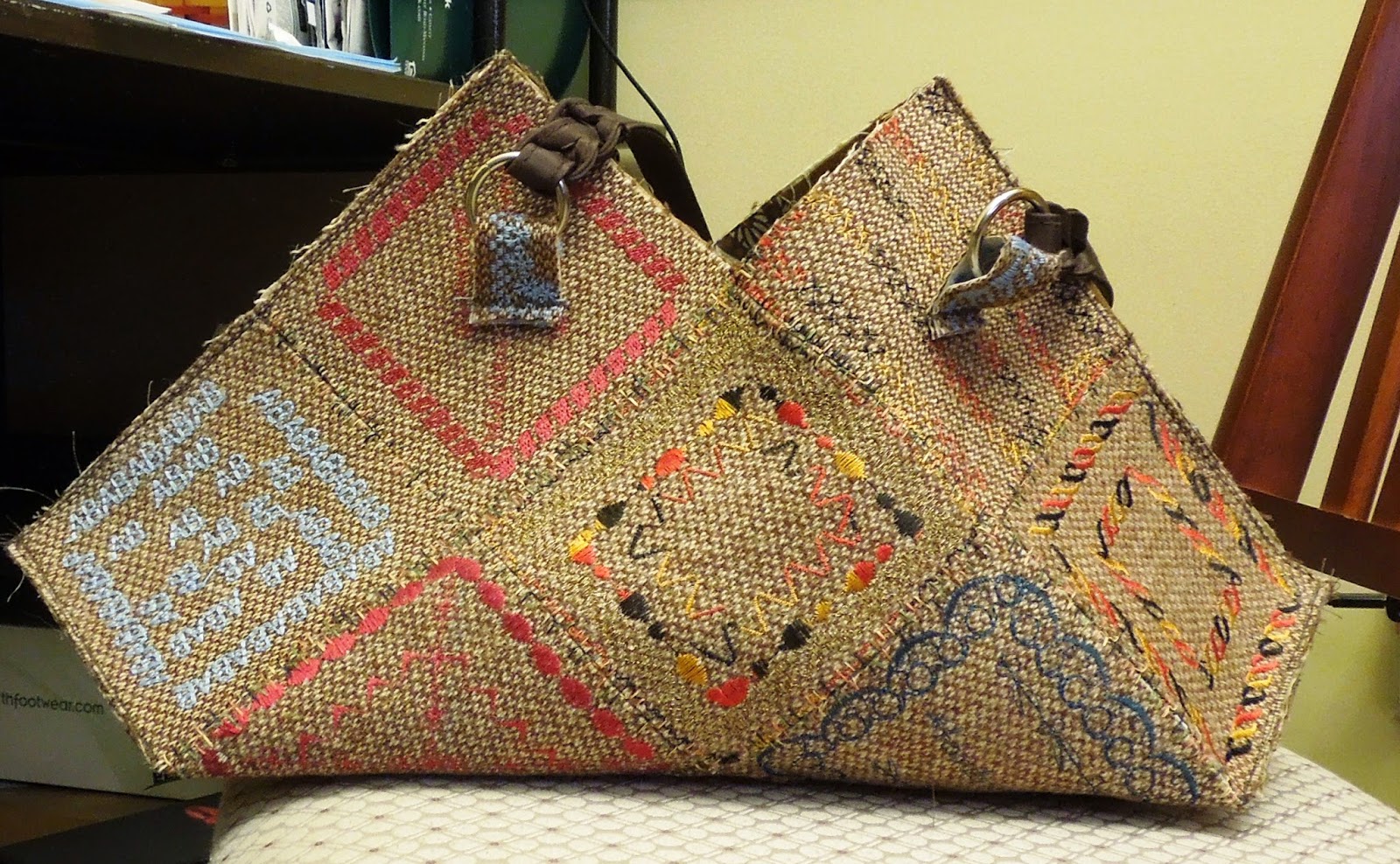 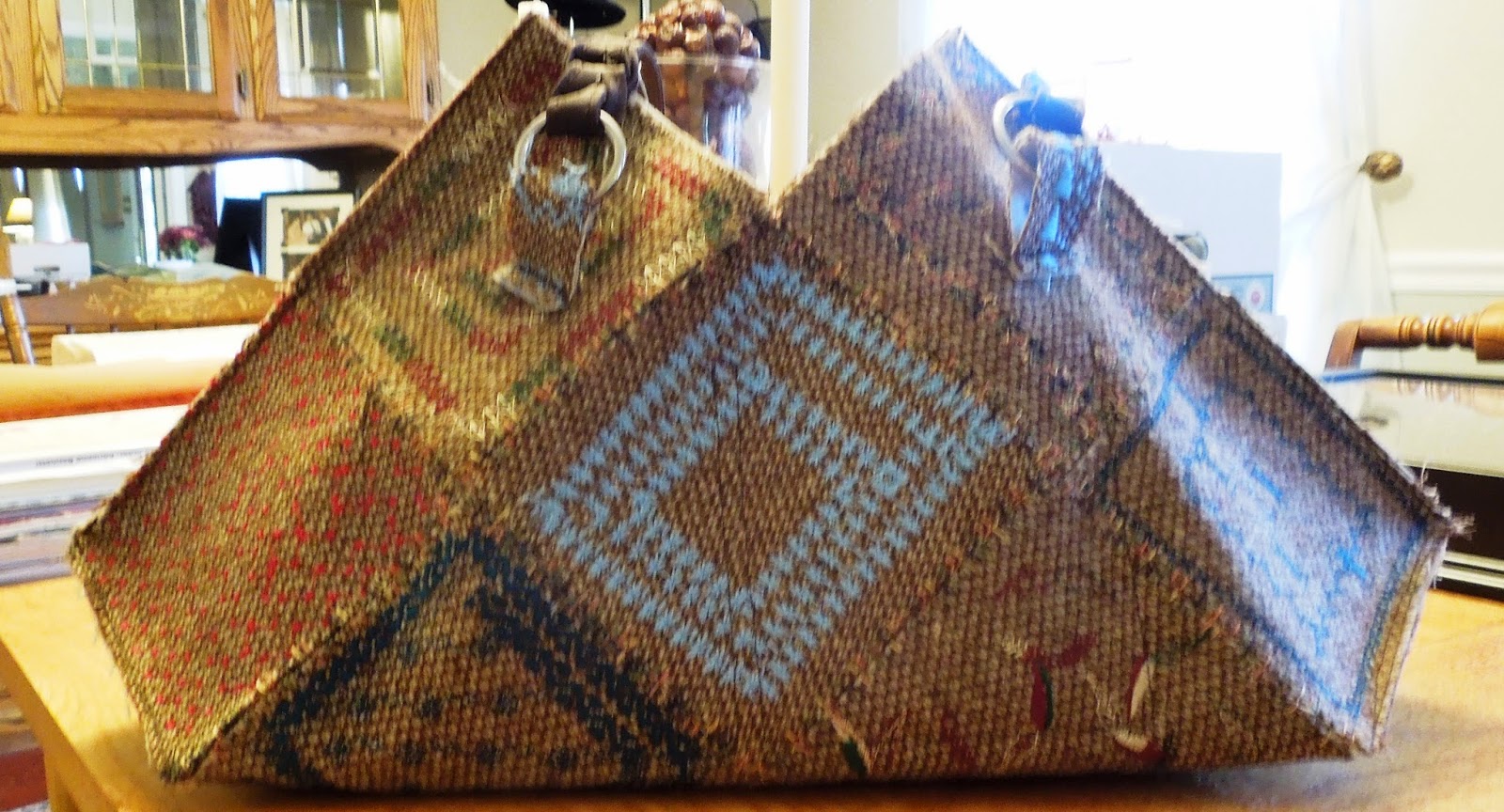 There were quite a few ladies at the retreat and I had a ball talking to everyone about their projects. Some people made quite a few tops in two days. I was amazed. I just wanted to work on this intense project. I used a Jacket that I bought for $7.00 at the local Salvation Army. It was the cheapest way to get a good quality 100% wool tweed. So have you ever been on a sewing retreat?
Posted by Adrienne at 2:18 PM